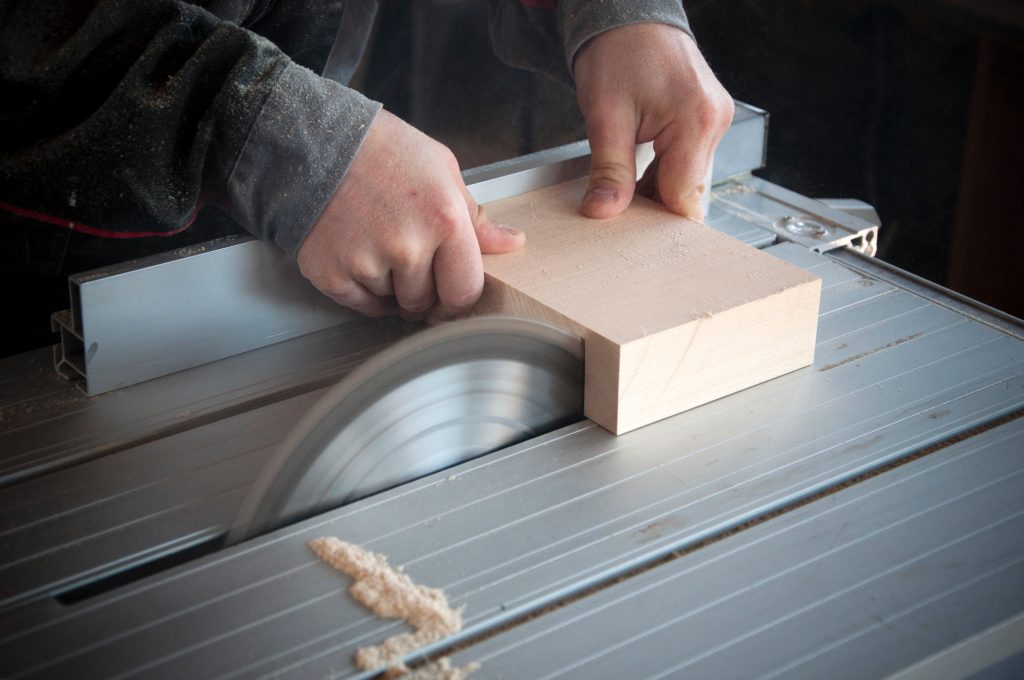 Apprenticeship programs are somewhat unique opportunities. Those who participate get hands-on experience learning a trade. Additionally, unlike traditional college educational programs, apprentices earn an income while they increase their knowledge and hone their skills. As a result, becoming an apprentice can be an affordable way to take your career in a new direction or launch one from scratch. Apprenticeship wages are often quite livable. Plus, once you are done, you have gotten your footing in a lucrative career. Here’s a look at six high paying apprenticeship programs that are worth considering.

Carpenters have skills that allow them to use wood and other building materials to craft anything from buildings to furniture, though most specialize in a particular industry, like construction. Additionally, they are often adept at repairing items or structures with damaged wood, allowing them to restore the condition of the object or building.

Learning on the job is normal for carpenters, and taking part in a three- to four-year apprenticeship program is a great way to enter the field. Carpenters earn a median annual salary of over $46,500, and those in the top 10 percent can bring in more than $82,750.

In most cases, a plumbing apprenticeship lasts four to five years. After this, a plumber can earn a solid wage. The median annual salary for a plumber is around $54,000, though the top 10 percent of earners come in above $93,700.

Electricians use their in-depth knowledge of electrical systems and components to install, maintain, and repair electrical power systems. This can include wire replacement, lighting installation, adding outlets, upgrading power panels, and more. Additionally, they are adept at identifying the cause of electrical issues, allowing them to chart a course of action and execute the needed repairs, all in accordance with applicable state and federal law.

A typically electrical apprenticeship program takes about four to five years to complete. After finishing as an apprentice, electricians earn strong salaries. The median yearly pay for an electrician comes in above $55,000. The highest-earning 10 percent can bring home more than $94,000 annually.

Elevator installers and repair professionals work on various elevator components and systems. This can include cables, motors, doors, and control systems. They are also capable of installing new systems as well as providing guidance regarding which solutions will meet the building’s needs.

An elevator apprenticeship program can last around five years. After this, the median annual pay is nearly $80,000, and the top 10 percent earn over $121,000.

Masonry is actually a diverse category. First, it includes brick, block, and stonemasons. These professionals use those materials to create brick buildings as well as various features, like fireplaces, patios, retaining walls, and more.

A three- to four-year apprenticeship program is usually needed for masons. As a full-fledged masonry professional, the median annual pay reaches nearly $45,000, with the top 10 percent earning over $77,000.

After a three-year apprenticeship, cement masons and concrete finishers can earn an average yearly wage of over $45,000. The top 10 percent commonly make more than $72,000 a year.

Heating, air conditioning, and refrigeration professionals have skills that allow them to work on heating, ventilation, cooling, and refrigeration systems. This can include installation, maintenance, and repair, as well as making system recommendations to ensure the equipment can handle the requirements, such as cooling a building with a specific amount of square feet.

HVACR systems have become increasingly complex, so an apprenticeship can take four to five years. Once complete, HVACR mechanics and installers earn a median annual income of more than $47,000, with the top 10 percent bringing in more than $76,000.

Exactly how much a person earns during their time as an apprentice can vary. However, the annual salaries usually come in at about 50 percent of what a fully trained professional can make on average.

It isn’t uncommon for apprentices to earn less during their first year in the program. But, as they grow their skills, their pay rises, allowing them to secure larger salaries, the longer they are an apprentice.

Essentially, apprentices are rewarded for professional growth with pay bumps. Plus, they are getting a high-quality, hands-on education without the cost associated with going to college. In the end, it can be a great deal. This is especially true since, one the apprenticeship program is done, you have more than just a solid skillset. You’ve also got a professional network and a starting reputation, and that can make it easier to keep your career moving forward once you are no longer an apprentice.

Have you taken part in a high paying apprenticeship programs? Tell us about your experience in the comments below.