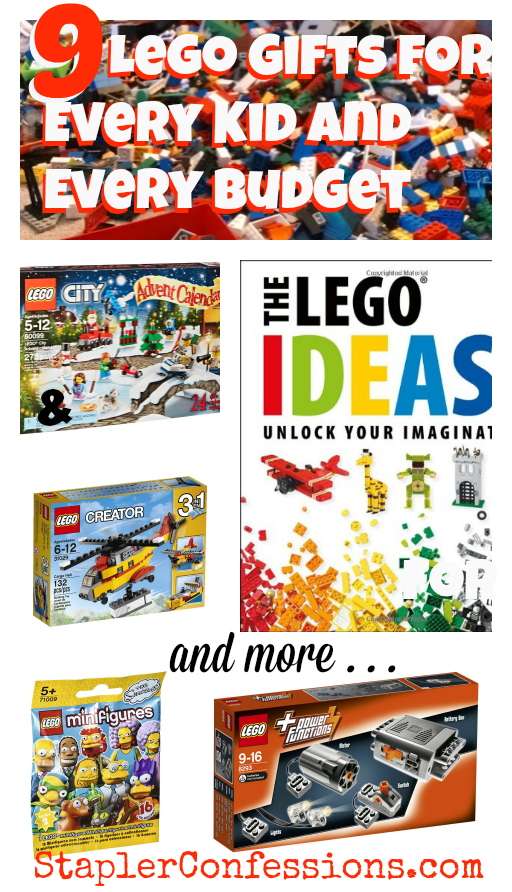 I never understood Legos when I was young. Maybe I was frugal even then, but I thought it was a waste of money to get such an expensive set of bricks that could build only one thing; and then, after you built it, what do you do with it?

I thought you only used each Lego set once, and that seemed like a waste. Sure, I would love to put together the Lego castle set, but somehow I knew that I was never going to get such an extravagant toy. What was I going to do with it after building the castle?

Twenty years later, my four-year-old looked on gleefully as Mr. Stapler dumped a big box of his old Legos onto the floor.  So. Many. Legos. 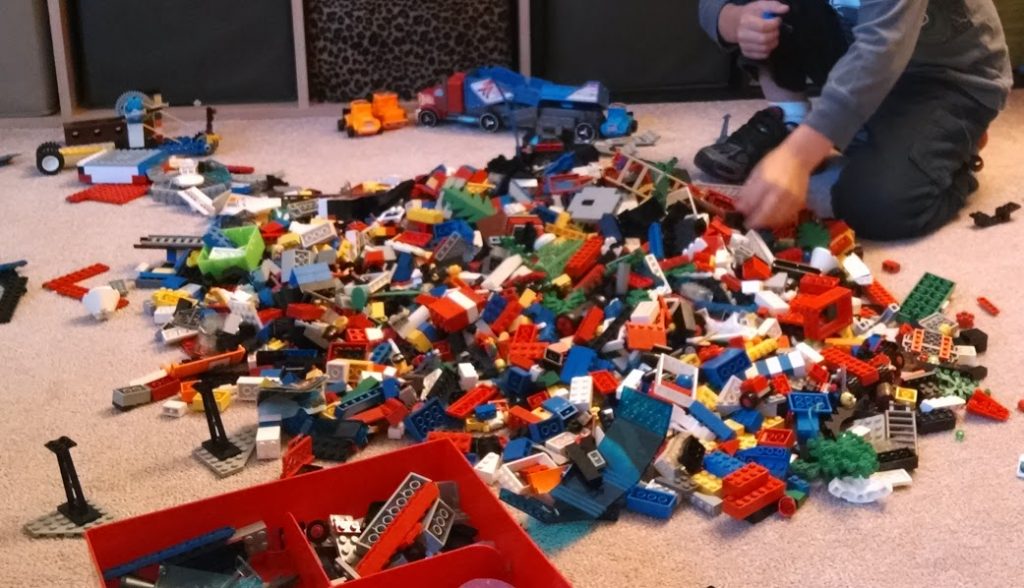 I learned a lot about Lego obsession over the next year. I saw them assemble a robot using an instruction booklet from the 1980’s and finding all of the pieces amidst the rubble. I witnessed the moment they cannibalized it to make an even better creation. I rifled through piles of Legos to help them find specific pieces and made some cool little vehicles myself.

The most enticing Lego sets, however, are expensive! This mama needed to find a way to nurture my child’s imagination and creation while staying on budget.

First, I signed him up to get the Lego Club Magazine. It’s free, so it was a no-brainer. Little Stapler has saved every single Magazine he’s received, and has them in regular reading rotation at night. You can sign up here: Lego Club Magazine Signup.

For someone whose budget is tight but has a Lego lover on her list, there is hope. I was surprised to find that there are Legos for absolutely any budget. From a $8 Minifigure Mystery Pack to a $6,932 Ultimate Collector’s Millennium Falcon. (yes, it’s real

This is fun to open if you have a few children who will open their gifts all at once (party favors, anyone??) They can guess which minifigure they’ll get, pretend play with the minifigures their friends get, and maybe trade. There are different series of minifigures packs, so if you catch one series while it’s on clearance, you can score these for $6 or less.

A Mixel is a funny-looking creature you build from the parts in the package. It’s a fun, 5-minute build. If you collect all three Mixels in a series, you can build a giant Mixel with the parts from all three creatures.

Look in the upper right corner of this Lego set, and you’ll see “3 in 1.” That means that this set can make three different creations, and the instructions for all three are in the box. A 3-in-1 set packs a lot of value if you measure it in terms of how much creation time is provided with each set. Sets can be as low as $10 each, and there some good ones for under $20

Gifts for the Lego Enthusiast

It’s easy to find Legos my son will love, because he doesn’t own a lot of sets. Most of his Legos are from his dad’s collection, and no one still sells the 1980’s space guy anymore. (oh, wait a second

Instead of bugging his parents with what must be the most common question they hear from gift-giving relatives, here are some solutions …

5. Books like Chain Reactions, The Lego Ideas Book, and The Lego Book have ideas for new creations using the bricks kids already have.

6.Lego Sticker Books. Don’t forget, too, how awesome it was to get stickers when you were little. There are dozens of Lego-themed sticker books like this book of Star Wars Minifigure Stickers

allows you to make your creations move all on their own. It takes Legos to a whole new level. Imagine the things you can create when you can motorize your legos! Carnival rides, vehicles, conveyor belts, etc. The stuff of Lego dreams.  This one is a bit better for older kids or children who are mechanically inclined.

8. Lego Advent Calendar: A gift you can give each year – these are classic gifts.  Kids like them.

They are different every year and typically have a few versions — City, Star Wars, and Lego Friends, which is geared towards girls. With prices from $40 to $60, the advent calendars are not cheap. They do pack a big punch, however. Your gift won’t get lost amidst the flurry of Christmas morning, and you know the recipient will enjoy it each day for at least 25 days. Be sure to buy it early, however, because they can sell out before the holidays.

9. Lego Classic Brick Sets.  These are wonderful for three reasons.  Older children they will probably want to be creative and build beyond the opportunities offered by the smaller boxed sets with specialized parts.  Second, the brick sets come in boxes, which means that you’ll have a place to put your Legos so you don’t step on them (ouch!).  Third, the brick sets tend to be more cost effective than the specialized sets, so they’re cheaper on a per-brick basis.  A good classic set will cost between $25 and $40 dollars.

Finally, don’t throw out that Lego collection!  Lego has become the world’s largest toy company, bigger even than Hasbro and Mattel combined.  And because Legos are so amazingly popular – did you know you can make good money selling the bricks when your kids are done with them?  Savingadvice.com has the details.