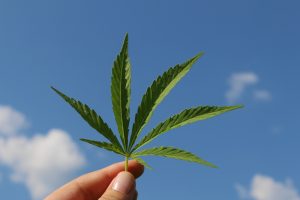 High Times (HITM) is one of the most recognizable names in the cannabis space. The monthly print magazine has been in publication since 1974, so the brand has had some staying power. However, longevity doesn’t mean there isn’t risk.

Is the Cannabis Stock High Times a Good Investment?

The High Times IPO has garnered a significant amount of attention, a reflection of the level of brand recognition the company enjoys. The initial offer period was extended until the end of October, giving more investors a chance to jump in and the company a better shot at landing up to $50 million in the Regulation A+ IPO.

While increasing interest in marijuana stocks may make investors more likely to add High Times to their portfolio, there is risk associated with investing in the company. High Times has struggled with mounting debt loads for years and failed to modernize its digital strategy until the most recent management change.

What the company has going for them is their name. High Times is a quintessential part of cannabis culture and has been for over 40 years. Additionally, they are working to modernize their product, including a plan to launch a streaming service that would become the Netflix of cannabis stock if it succeeds.

Hightimes Holding Corp. also acquired DOPE Media, which produces a competing publication, as well as the regional publication CULTURE. Effectively, they have been securing additional clout by whittling away at the competition.

Further, High Times parent company hosts the Cannabis Cup, some of the largest marijuana-oriented events in the country. With the acquisition of DOPE, they now have rights to the Dope Cup events as well.

In early October, Hightimes Holdings got an influx of cash from a major investor. iHeartRadio Inc. is investing up to $10 million in Hightimes, securing around a 5 percent stake in the parent company. This gave High Times access to advertising streams, both in the radio and outdoor ad arenas.

While the financial support alone is worth noting, the fact that a media company like iHeartRadio is willing to dabble in the cannabis sector, albeit somewhat indirectly, showcases how corporate sentiment around marijuana is shifting. Additionally, the access to advertising avenues means High Times can potentially increase its reach, likely at a lower cost than if the were merely buying ad space or time.

High Times does have some intriguing plans that could make the company more viable financially. Along with expanding the publication’s digital footprint, additional events could drive revenue up. Additionally, an expansion on the company’s intellectual property front and the creation of High Times TV, an online service, could increase customer interest as well as result in financial gains.

While these plans are publicly known, some of them are still in the works. That leaves the true value of these shift as an unknown, as there is no guarantee a new product or service will gain traction. However, the potential is certainly there.

What Are the Risks?

Every investment comes with a level of risk. First, it’s important to remember that the company has had debt issues, and those may not disappear very quickly. For example, the company has a loan with ExWorks Capital currently. High Times is carrying $13 million in senior secured debt there alone.

Additionally, while the company listed a valuation of $225 million, according to the SEC filing, that number is arbitrary and not actually based on financial records. In fact, when Adam Levin’s Oreva Capital purchased a 60 percent stake in High Times in March 2017, they were able to do so for only $42 million. That suggests that, at least at that point, the valuation was closer to $70 million.

During 2017, High Times sales were $14.5 million, down from the previous year’s $14.6 million. Additionally, they reported $24.7 million in losses, significantly higher than the 2016 reporting of $2.9 million. One of the surprising aspects of these figures is that event revenue has actually been on the rise. However, any gains in those areas were more than offset by falling publishing revenue.

Second, volatility in the marijuana stock space is common. Since laws and regulations regarding the consumption of cannabis vary dramatically across the US, let alone throughout the world, legislative changes and shifts in public sentiment both have a dramatic impact on stock values.

Further, the industry continues to face a substantial amount of uncertainty. While the recent legalization of marijuana in Canada may provide a bit of security, on a federal level, cannabis is still illegal in the US. Even though many states have chosen to legalize medicinal marijuana and an increasing number also allow recreational use, the federal government could crack down on the industry if it decided to intervene.

Finally, Reg A+ opportunities don’t always pay off. In 2017, seven of the eight companies that went public in this manner are trading, on average, 42 percent lower than the initial price. Essentially, this suggests that investing in any Reg A+ IPO is a substantial risk all on its own.

Should You Invest in High Times?

Ultimately, High Times could be a risky investment. Their recent financial history isn’t particularly promising, and Reg A+ IPOs haven’t fared well as of late.

However, that doesn’t mean there isn’t potential. Investors who are willing to tolerate the substantial amount of risk could end up pleasantly surprised. Plus, the involvement of iHeartRadio is a fairly new development and could signal a positive change is coming.

In either case, it’s wise to exercise caution if you are considering High Times. While no investment is ever guaranteed to perform, High Times has a lot to overcome, so keep that in mind before you invest your hard-earned dollars.

As a bit of a final note here – the fact that stocks like High Times are more speculative than blue chips like Exxon Mobil (XOM)  or Monsanto (MON) is one reason why up and coming asset management companies like Betterment or Swell haven’t yet invested heavily in the marijuana sector.

Are you investing in High Times or any other cannabis stock? Tell us about it in the comments below.