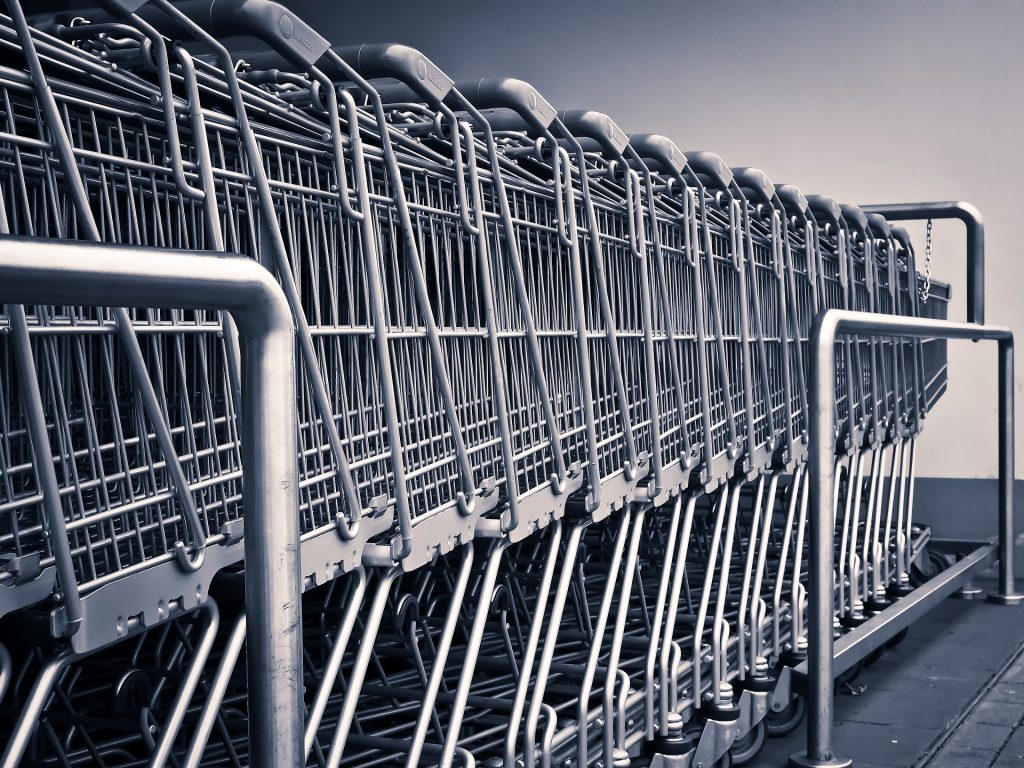 Discount shoppers often flock to warehouse stores like BJ’s, Costco, and Sam’s Club. First, these stores can be pretty convenient, offering up food, beverages, clothing, toys, electronics, and more. Second, shoppers often score deals because they are buying in bulk, allowing them to pay less per serving, ounce, or item. But, while many of the food and drink prices represent real bargains, not everything you can find at Sam’s Club, Costco, or BJ’s is actually a deal. With that in mind, here’s a look at five things you don’t want to buy at warehouse clubs.

When you see a pair of pants or a shirt with a major designer’s label on it (think Calvin Klein or DKNY), you might think you’ve spotted a bargain. However, these aren’t the same articles of clothing you’d find at a high-end retailer. Instead, they are lower-quality versions created specifically for retailers on the lower end.

Usually, the materials aren’t as nice as the high-end variants. In some cases, they aren’t manufactured to the same standards that the designer stores receive either. You aren’t getting the same pants or shirts that you would find at stores like Neiman Marcus or Nordstrom, so keep that in mind. It could mean that you are better off selecting clothing from another brand that is actually a bargain.

While the prices for items like diapers and wipes might be fairly competitive at warehouse clubs, they aren’t always the best deal. If you are buying store-brand diapers, you might actually find lower prices at other retailers, like Walmart, Target, or Amazon. If you prefer a particular name-brand, then you might spend less by waiting for a sale at a major retailer and buying multiple packages then.

Additionally, Amazon’s Subscribe and Save program can actually be a better option for many other baby supplies, too. For example, wipes and ointments may be cheaper that way.

Plus, if you are an Amazon Prime member and join Amazon Family, you can get up to 20 percent off if you have at least five subscription items arriving at one address on the same day every month. That can represent a huge savings, especially if you focus on products where Amazon’s price tends to be one of the lowest in the first place.

While the prices on organic produce at warehouse stores are usually less per ounce than you’d find at a traditional grocery store, that doesn’t mean it’s a smart buy. When you buy perishables in bulk, you might actually be wasting money.

If you can’t finish all of the fruits and veggies before they start to turn, you are not generally getting the best bang for your buck. The cost or value of whatever you have to throw out impacts that equation.

For example, imagine you spent $7 on 10 lbs. bag of carrots at a warehouse store. If you only get through half of them before they start to go bad, you functionally spent $7 for 5 lbs. of carrots. Then, if you can get a 5 lbs. bag of organic carrots for $4 at another retailer, like Whole Foods, shopping there instead and buying the smaller bag would have saved you money.

Now, this doesn’t mean you should never buy any fresh organic produce at warehouse stores. Just make sure that you only buy fruits and vegetables you can finish (or, potentially, freeze or can) before they go bad. That way, you are actually getting a deal.

Luggage is one area where warehouse stores just don’t always have the best deal. If you are relatively flexible about the brand, comparison shopping at other major retailers will usually let you find a decent amount of savings on a similarly sized bag. This is especially true if you factor discount stores into the mix, like Ross Dress for Less, TJ Maxx, or Marshalls, where you can occasionally find some great bargains.

Since luggage isn’t something people purchase often and can be quite expensive, it’s wise to look around before you buy. At least break out your smartphone and check retailers like Walmart, Target, and Amazon, and see if they are advertising something lower for a similar bag. A little bit of due diligence could end up saving you $5, $10, or more.

Another area where warehouse clubs don’t stand out is eggs. Rarely do they cost much less than what you’ll find at a grocery store, and sometimes they’ll even cost more.

Before you go shopping, check other retailers like Safeway and Walmart. They might have better prices, including when there isn’t a sale. Plus, if the store is offering a discount, you might save quite a bit over the warehouse club price. And, for stores like Safeway, it could help you earn points on your loyalty card, which may allow you to secure additional discounts on future shopping trips.

Is there anything else that people shouldn’t buy at warehouse clubs? Share your thoughts in the comments below.