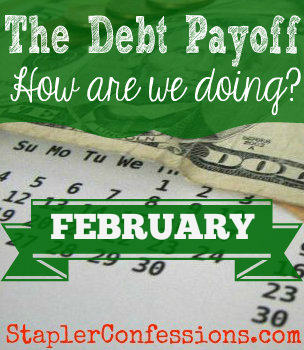 We weren’t perfect with our spending freeze, but the exercise was valuable and did buffer the cold draft blowing our cash away. One nasty surprise for us, however, was when we found out that Mr. Stapler’s former employer screwed up our W2 forms. Although the employer paid to have an accounting firm prepare amended tax returns, we nonetheless had to pay more in taxes. I’m not going to mince words: That really sucked!

The rules of my self-imposed spending freeze were that we could only buy items that are (1) budgeted and (2) necessary. As a result, we had several expenses that were not budgeted but necessary and several budgeted but unnecessary (ie: the expenses could have waited). Here are the results:

Fortunately, some of these expenses were off-set by an overdue paycheck — Mr. Stapler’s other former employer “forgot” to pay him his last paycheck. He didn’t “remember” until Mr. Stapler asked for a copy of his last pay stub. (Just so you know, this is highly illegal in several states, if not all of them.) So, we had gone through December without my income and without a week of Mr. Stapler’s income. Pretty nice to know that we met all of our obligations despite having an unusually lean month.

Also on the plus side, Mr. Stapler picked up an awesome side gig that will pay about $15,000 for about 160 hours of work. It will be a challenge to find those 160 hours in his nights and weekends, but at $100 an hour, we will find a way to make it work! 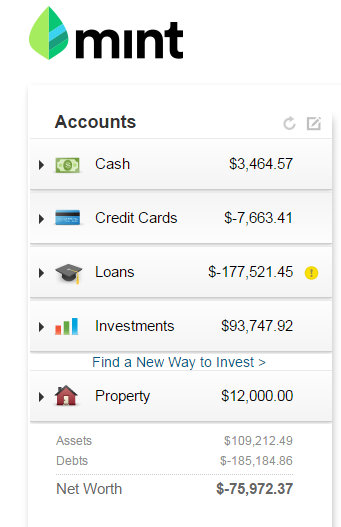 Cash: – $2,996.  This is the closest to $0 that I have ever seen our bank accounts, and the closest we’ve ever come to dipping into our Emergency Fund. We had the perfect storm of less income and higher expenses this past month. First, although I was back at work part-time, snowstorms and illnesses prevented me from putting in more than 15 hours all month. Second, we were hit with an unexpected $1,400 tax bill. Ughhhhh.

It’s depressing to see our cash reserves so low when we’re house-hunting. I feel like a fraud. But we have $35,000 to put down on a house — we just haven’t pulled it out of our Roth IRA’s yet.

Credit Cards: + $2,147. One reason for the increase is the two-week deposit we made in order to start Baby Stapler at daycare, and of course the additional cost of having Baby Stapler in daycare.

Net Worth: – $7,324. This is so upsetting, I can’t even look at this number right now. I just have to tell myself that this was expected at the end of maternity leave, and it will get better now that I’m back at work.

Did you implement a spending freeze in January? How did it go? Are you continuing it in February?

22 thoughts on “February Financial Update: Results from our Spending Freeze”