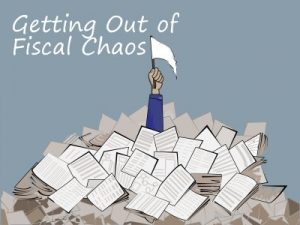 He looked me in the eyes and said, “Don’t tell me to stop dining out.” What else was I supposed to tell him? He had asked me to help him with his finances. He wanted to get a grip on them and stop being so strapped for cash. The easiest thing for him to do, in my mind, was to start brown-bagging a lunch. If that was off the table, what else was there?

Welcome to my first case study.

I don’t have hard numbers for you, but even without knowing numbers, I know I helped him save money and get on a better financial track.

He was in fiscal chaos. He had just gotten off of two months of having no income. Even before losing his income, he was having a hard time paying his bills. Literally paying them. At a minimum, he has six different banks to pay for his student loans. These massive payments all fell mid-month, after he paid rent but before the next paycheck. He didn’t want to put them on auto-debit because he was afraid that his checking account would get overdrawn. I suggested that he create a cushion in his bank account so he always had enough to pay his student loans. Then set up auto-debits for his student loans. Not only does having auto-debit set up give you peace of mind, it gives you a 0.25% reduction in your interest rate on any Direct Loans.

Setting up that cushion can be hard, especially after two months of unemployment. So, I suggested that he contact the student loan company and try to move his payment date to one that more consistently fell after his second paycheck of the month. This may result in moving the date forward, but in that sense it would force him to create that cushion. Keep in mind that many lenders require that your account is not delinquent before they will change your due date, so don’t delay on making this step. (Here are the policies for FedLoan Servicing, EdFinancial Services, and NelNet.)

Setting up automatic payments from his credit card for other bills will change all of those little piddly payments into just one: His monthly credit card payment. This will help him avoid late fees and take advantage of any rewards available on his credit card. Cha-ching! I can hardly quantify the late fees avoided or the rewards earned without knowing more details, but this will save him money in the future and it will also help him be more hands-off with his finances without them going off the rails.

He really did want to cut down his expenses, just not on dining out. He had no idea where his money was going, but he wanted to stop the bleeding. The easy solution to this is to sign up for an account at mint.com — a service that puts all of your bank account and credit card transactions into categories so you can digest the information after-the-fact. Mint.com is a great tool if you want to answer the question, “Where is my money going?” It takes a little bit of setting up and sorting your transactions into the right categories initially, but Mint remembers your choices and you can soon put it on auto-pilot.

I also suggested that he plot his monthly income and expenses by date so he knows what to expect and when he will be able to make a payment. Write down the due dates for all of his payments and dates when he receives his paychecks. Fill in the amount owed / received. I do this online with an Excel-type spreadsheet in Google Drive, and offered to send it to him. But he doesn’t use Excel or spreadsheets well, so I created a worksheet for him to fill in by hand. You could also do this with a simple calendar. Try one of these templates. Or, if you like, I can email you the worksheet I developed. (I haven’t figured out yet how to provide downloadable content). Just shoot me an email at staplerconfessions at gmail dot com.

Now, what about those lunches? Stay tuned for a continuation of this story next week …

Image courtesy of thewet via FreeDigitalPhotos.Net

7 thoughts on “Getting Out of Fiscal Chaos”