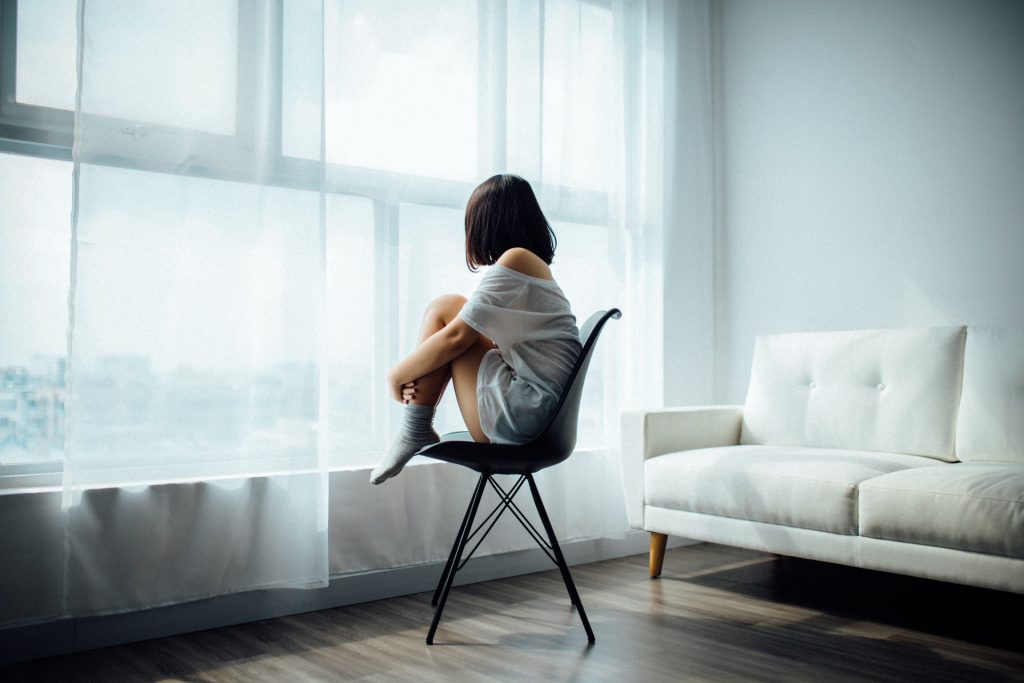 I’m going to be really honest with you because I think it’s important to do so: I struggle with depression. It’s chronic, recurring, and although it’s well-treated, I’ll probably deal with it off and on for the rest of my life. I share this because it’s an important part of my money story. And because I know that a lot of you out there have stress, trauma, and mental health issues that might affect your finances, too.

My Mental Health and My Money Can’t Be Separated

I used to really beat myself up a lot about the ways I wasn’t better with money. I would get frustrated that my depression caused financial challenges for me. Alternatively, I’d want to push myself financially, trying to ignore the role that depression played in my money story.

But the two things can’t be separated. They have an impact on one another. Addressing that head on has made coping with both aspects of my life a whole lot easier.

Depression has impacted my finances in different ways over the years. When I was younger, I would work myself to the bone, get completely overwhelmed, and quit jobs that I cared about. I don’t do that now that I know what’s going on and how to manage my symptoms. But it certainly caused my younger self some financial hardship. Here are some other key ways that depression impacts my finances:

Depression Limits My Ability to Work At Times

I am an ambitious, highly productive person. And yet, at times, depression causes me to crash. I try my best, but sometimes the only option is to go back to the very basics of self-care. Get up, take a shower, and get dressed. That alone can be almost too much. And so, I’ve had to restructure my work schedule to accommodate these occasional downtimes. I’ve gotten good at that over the years, but it’s never easy.

And I’m lucky to be able to work in a manner that works for me. That hasn’t always been the case. It’s certainly not the case for everyone coping with depression. If you have to take sick leave, sometimes unpaid, because of depression symptoms, then naturally it’s going to impact your finances.

Even when I have the energy to work, sometimes I have to overcome depression’s lies. It eats away at self-esteem. This makes it hard to do the things that help me to earn more money. It makes it hard for me to take chances and risks. It makes me beat myself up in ways that then reduce my work flow. I have had to do a lot of work in therapy to overcome this aspect of depression.

Depression makes it hard to earn money. But it’s more than that. In order to try to avoid triggers, I sometimes avoid dealing with my money. I don’t stick to a budget because I don’t want to look at my finances because they stress me out. I don’t settle debts with friends or relatives because I want to avoid upsetting conflict. Or I choose not to learn more about saving and investing because I get overwhelmed.

Thankfully, over the years, I’ve worked through a lot of my money issues as they relate to depression. I’ve learned to treat my depression symptoms. Therefore, the entire situation has improved. But it’s not easy. There are slip-ups. And I want you to know that if you’re in the same position, then you’re doing the best you can and that’s enough. You’ll do better tomorrow!