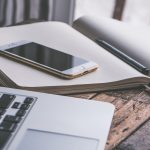 On average, American households have just shy of $8,900 in their bank or credit union accounts. What that sounds solid, not everyone is in that boat. One study shows that 69 percent of Americans have less than $1,000 stashed away.

A startling 45 percent said they have nothing set aside. Often, finding ways to save is one of the biggest challenges, especially for households that are living paycheck to paycheck. Luckily, Albert, a savings app, can make the process simple. If you’re looking for options that can help you increase your savings account balances, here’s a look at how to use Albert and whether it could be right for you.

Albert technically isn’t just a savings app. Instead, it offers a set of money management tools which, when combined, allow users to take a holistic approach to keep their financial houses in order.

Users who use the free-level services get access to the savings tool as well as a bill reduction program. There’s also a helpful budgeting feature, giving users insights into their spending and ways to ensure it stays under control.

There’s also a premium version of the app, called Albert Genius. It provides additional features, but costs at least $4 a month. If you go that route, you get access to a micro-investing account, as well as the ability to get guidance on financial topics and some additional perks.

How The Saving App Albert Works

If your primary focus is the savings features, Albert makes the process simple. Its Smart Savings tool reviews your income and spending. Next, it determines how much you can afford to stash away, usually in small chunks. Then, it gradually initiates the deposits, shuttling the cash into an attached digital wallet.

Users do have the save a specific amount every week as well. However, it’s the automated approach that most users are after. It is important to note that free account users only get one transfer into their digital wallet each week. To get more than that, signing up for Albert Genius is required.

Once the money is in the digital wallet, it doesn’t earn interest. Instead, Albert gives users a 0.25 percent annual bonus (1 percent if you use Albert Genius).

Aside from automated saving, users can also access budgeting tools. Albert reviews spending patterns to create a monthly budget. Once the budget is there, users can review the information, set up push notifications for bill due dates, get alerts about potentially excessive spending, and get a financial health score. It does simplify money tracking and may work for users who have struggled to maintain a budget otherwise.

Albert also partners with Billshark to help users lower their monthly expenses. If the app spots a bill that could be lower, it will let the user know. The user can then choose to initiate the negotiation process and see if the service can bring that cost down.

It is important to note that, if Billshark does lower a bill, the service does take a 40 percent cut of the savings. That is simply Billshark’s service fee, and it is unavoidable if you use the service, and it gets your bill reduced. If Billshark’s negotiations aren’t successful, there is no charge.

When it comes to benefits, the biggest one is the automated approach to saving. It makes the process foolproof, as users don’t have to remember to initiate the transactions. For some, that is enough to make savings a habit and allows them to get a cushion set aside.

Plus, it tries to make the deposit sizes small enough to largely go unnoticed. Albert isn’t trying to stop you from spending on anything outside of your budget. Instead, it adapts to your habits and attempts to make the process painless. Exactly how much money it transfers depends on your situation, but the app’s goal is to ensure you can save without creating an undue hardship.

The budget tools are also handy, mainly because this is automatic as well. It gives users insight into their habits and obligations, and that can help them make smarter choices.

Access to the bill negotiation service means the saving app Albert can identify additional areas where users could save money. For those who don’t have the time to look into this themselves, it could bring their costs down a bit.

The biggest drawback of using Albert to save is that your money doesn’t earn interest. While there is a 0.25 to 1 percent annual bonus, that’s far less than most users could make if they chose a high-yield online savings account instead. Plus, you can get interest rates at online banks that beat the Albert Genius bonus without having to pay any account fees.

While the bill negotiation features are nice, they do come with a pretty high price tag. For example, if you use the Billshark feature to get a $60 discount on your cable bill each month for the next 24 months, Billshark negotiated a two-year cost savings of $1,440. The company will claim 40 percent of that as their fee. That means you have to pay Billshark $576.

It’s true that you still come out $864 ahead in that scenario, but that’s a lot to pay for something that you can technically do yourself. Plus, you either have to pay that $576 all at once after the negotiation is complete (something many households can’t afford) or pay a fee to get a payment plan. If you go for the payment plan, the longest term available is only six months.

Finally, if you go the automatic savings route with Albert, the app will initiate transfers on its own. If you have an unexpected expense arise, you might discover that the money you’d need to use has been whisked away already. For those with an incredibly tight budget, it could eliminate any spending flexibility, and that might not always be ideal.

Should You Try Albert?

Ultimately, Albert’s automated features are handy for anyone who struggles to same. However, the app isn’t ideal for everyone. The bonuses are lower than what you can earn in interest with a high-yield online bank account, for one. That alone should give anyone pause.

However, if automation is really what you need, Albert is worth considering. Among similar services, it’s competitive, so it might be the right choice to get you on track.

Have you tried the saving app Albert? What did you think of the experience? Share your thoughts in the comments below.