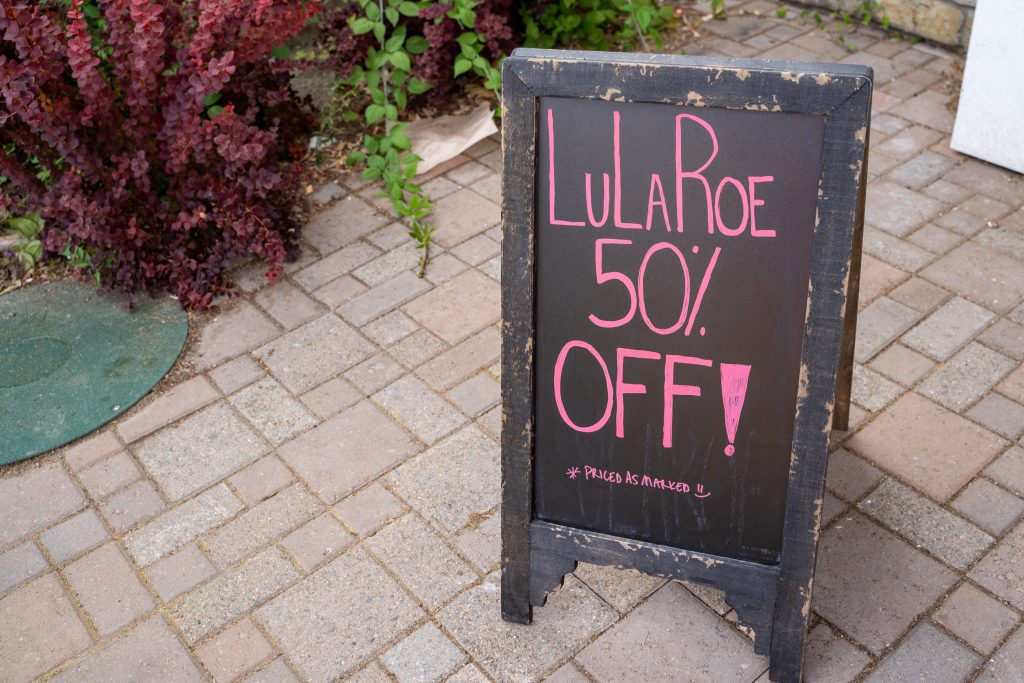 I recently watched LuLaRich. It’s a documentary about LuLaRoe. If you’re not familiar with this business, it has been a popular way for people to work from home selling clothing (mostly leggings). For a while, it was all the rage. But then news broke that the independent consultants working for LuLaRoe weren’t all happy. LuLaRich covers the story from the beginning to the present time. One of the key things it emphasizes is whether LuLaRoe is an MLM or a pyramid scheme.

LuLaRoe is California-based social retail. Husband and wife team Mark and DeAnne Stidham launched the business in 2012. They started off selling maxi skirts and grew to sell leggings. And as they grew more, they decided to expand the business. They began to hire sellers to work under them. Those sellers were encouraged to create teams of people working under them.

LuLaRich is a docuseries about the rise and fall of LuLaRoe. To be clear, LuLaRoe is still in business. From what I can see on its website, you can still sign up to work with them as an independent seller. However, they’ve gone through a lot of controversy over the years.

The docuseries does a fairly good job of presenting both sides of the story. Mark and DeAnne Stidham are featured throughout, sharing their perspective. However, so are a whole lot of people who worked for LuLaRoe, and they have a perspective that differs from the owners.

It sounds like it started great. For the people who got in early, it was a terrific way to make money. Facebook lives were just taking off, sales were easy and good, and everyone was doing well. However, as time went on, the market got saturated with LuLaRoe sellers. Arguably, the product became less and less in terms of quality. And the sellers say that terms changed in such a way that they were losing money.

Lots of lawsuits took place. The docuseries is the best place to get the full story. But the Rolling Stone article linked above (see LuLaRich above) will also give you a solid breakdown of it all.

One of the most interesting things I learned while watching LuLaRich is the difference between an MLM and a pyramid scheme. An MLM or multi-level marketing business is when a company has individual sellers that sell a product but also encourage other people to join under them. They get a percentage of the sales from those people underneath them. Sounds like LuLaRoe, right? Maybe.

The difference between an MLM and a pyramid scheme is that a pyramid scheme doesn’t actually sell any tangible product. Pyramid schemes are illegal. MLM businesses are legal. The FTC investigates MLM companies to make sure that they’re selling an actual product.

Some people in the LuLaRich documentary (and related lawsuits) argue that LuLaRoe is a pyramid scheme. They say that technically there’s a product – leggings. However, they emphasize that often the product is in such poor condition that you can’t even sell it. Moreover, looking at how people make money in the company, it’s nearly entirely from getting other people hired underneath them rather than from selling the product itself.

Do you have any experience with LuLaRoe? Share in the comments!