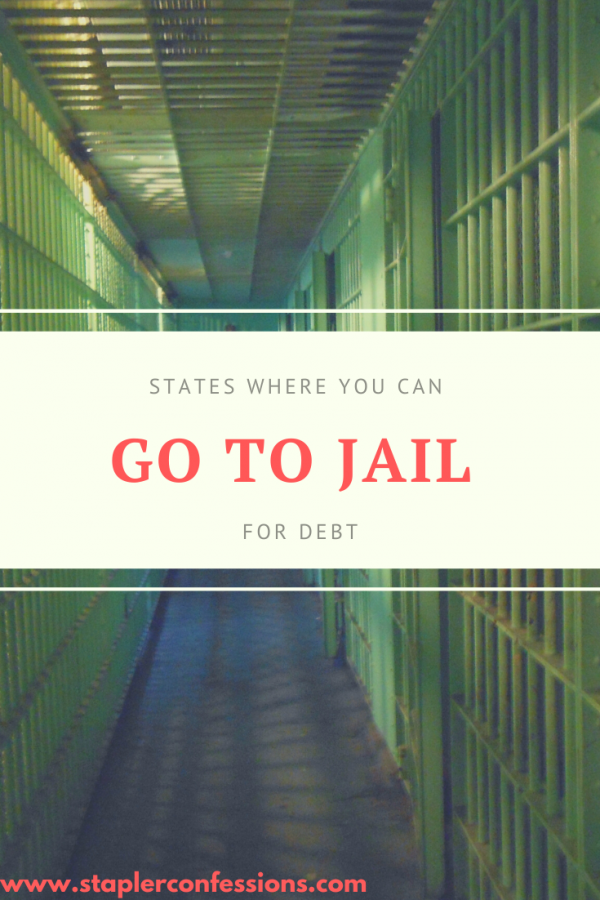 If someone asked me whether they could go to jail for debt, my first reaction would be “of course not.” However, that’s not exactly true. There are certain types of debt that can result in jail time. Moreover, there are loopholes in the law that allow people to go to jail for debt in many US states. Here is what you need to know.

You Can Go to Jail For Debt: Taxes and Child Support

You Can Be Sued for Failure to Pay Other Debt

Now here’s where things get a little slippery in the law. Technically, you can’t go to jail for debt when you don’t pay bills such as credit cards and hospital fees. Debtor’s prisons were abolished in America in the nineteenth century. However, there is a legal loophole in many states that effectively makes it possible to go to jail for that type of debt.

Here’s how it works according to NOLO:

So, technically, you do not go to jail for debt. Instead, you go to jail for not complying with a court order to deal with your debt. Typically, you have to pay a bond to get out of jail. NOLO says that often the bond is the same amount as what you owed the creditor in the first place.

States Where You Can Go to Jail for Debt

The weird loophole above only applies in certain states. NOLO, and many other reports, indicate that it’s possible in about one-third of US states. However, a 2018 ACLU report titled A Pound of Flesh: The Criminalization of Private Debt, found that judges in half of the country’s states have issued arrest warrants for debt. Those states are:

Moreover, the ACLU report (which is a highly recommended read if you’re interested in the relationship between debt, poverty, and jail in this country) found that all but six states “expressly authorize debtors to be arrested and incarcerated for contempt of court.”

The six states that do not have this type of law on the books, and therefore where you can not go to jail for debt, are:

How to Protect Yourself

If you are unable to pay your debt, the first thing that you should do is contact your creditors. Especially during COVID-19 (but also at other times), most creditors offer some type of financial hardship program. If you can stay in good standing with your lenders, do so.

If you have unpaid debt, make sure that you know the law. Bill collectors are not allowed to threaten you. They can not tell you that they’ll send you to jail. The Fair Debt Collection Practices Act outlines what they can and can’t do; make yourself familiar with it. Also, familiarize yourself with the Consumer Financial Protection Bureau. They exist to make sure that lenders treat you fairly and legally.

If you do get a notice that the lender (or more likely a debt collection agency) has sued you, then don’t just ignore it. Go to all court hearings. If you comply with the court rules, then you can’t go to jail. You can hire a consumer attorney to assist you with the process. If you can’t find or afford an attorney, go to court anyway. Ask the judge to work with you. As a last resort, you might opt to file for bankruptcy to wipe out these debts.