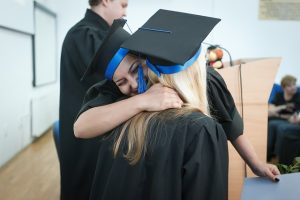 It is widely accepted that a good college education is an excellent starting point towards a good career. A graduate’s prospects for a well-paid job appear to be worth the effort to continue to study when some friends have already finished their education and got a job. College comes at a cost with the vast majority needing to take out a student loan to fund those years. Very few have rich parents who can simply pay all the bills. Those that already have student loans are likely to see little change in their circumstances. The question is whether youngsters who intend to go to college will find things changing under a trump administration. After all, the Republican Party stands for reduced public spending and Trump has already stated his wishes to increase military spending to the detriment of the domestic budget.

The level of student debt in the USA today is truly astonishing; $1.3 billion. The rate of interest people pay and the terms and conditions of federal loans are less severe than traditional loans in the marketplace. Nevertheless many begin their working lives in debt with an obligation to repay the money. In addition to student loans, many have credit card debt as they have needed money to pay their ordinary living costs.

Do you see yourself in the position described? If you do and now have a regular monthly pay check then start to take control of your finances. For example you should pay off credit card debt because it is expensive. Take out a personal loan at a cheaper rate of interest and pay off the balance in full while you pay off your student loan over a longer period.

If you have a federal loan, your repayments will be capped at a maximum percentage of your income and Trump is suggesting that would be 12.5% of disposable income. Currently that figure s 10% and only applies to federal loans. There has been conjecture that the terms and conditions of private loans will fall into line with those of federal loans and that means the percentage involved as well. You may even find that after 15 years, your outstanding balance will be written off. Your case will be considered and if you have made regular repayments throughout that time and still find yourself in debt on your student loan, you are likely to succeed.

Trump has a four year term during which some things are likely to change for new students and it seems there is a chance that loans will be extended to include some vocational studies as well as being available for non-traditional establishments that are excluded from the current legislation. This is one policy that is unlikely to encounter opposition in a Republican Congress. If loans are available for example for a two year college course to provide training for a trade or vocation then a new range of youngsters may well continue with their education.

One of the major issues in education in the USA today is the rapid increase in the cost to students. That can also be addressed by Federal government with the best instrument it has the means of providing tax incentives for educational establishments to reduce what they charge their students. They cannot be forced to reduce costs but they may well do so if there are tax benefits in place for doing precisely that.

The problem is that it is early days and many of the things that Trump talked about before the election remain ideas and plans. At this stage there has not been a detailed program put in place that has costed every aspect of the economy to strike the balance that is required of government. Every Administration has to put forward proposals for debate and acceptance. Inevitably, that results in casualties and whether his ideas on education and student loan finance move forward in a way he has previously spoken about remains to be seen.  There is a commitment to reduce public spending, and to date his educational ideas remain just that, although someone in the White House must surely be looking at the detail.

Posts from our friends: