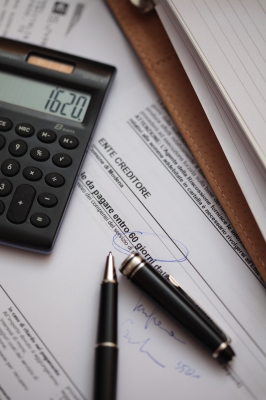 It’s time for my first confession: My Big Financial Mistake. It all started when my husband and I graduated law school with well over $200,000 in student loans.  Our minimum payments were over $1,400 a month. We attended a state school that was a good value when we started. During the three years we attended, we saw annual tuition increases, eventually amounting to 166% by the third year. I will never say that law school was a mistake, because I enjoy being a lawyer; or that going to that particular law school was a mistake, because I met my husband there. My Big Financial Mistake came after we graduated.

Shortly after graduating, I read Dave Ramsey’s book, Total Money Makeover cover to cover and started watching his show. For those unfamiliar with Dave’s method, it is a series of “baby steps,” all walking you down a path toward financial freedom. You can see his quick summary of the process here. The second step of the process is to pay off all of your debt with a debt “snowball,” which is the concept for which he is best known. Snowballing debt involves putting all the money you can into one debt, making minimum payments on all the others, and when the first debt is wiped out, throwing all your money towards the next debt — including the money you’re not paying on the first debt’s minimum payments. He encourages readers to pay off debts with “gazelle intensity,” slashing everything extraneous from their spending and doing whatever possible to increase their income. This is when I made my Big Financial Mistake, which is so much worse because, after reading Dave’s book, I should have known better.

I thought Dave’s strategy was brilliant. I wanted to be debt free. But I convinced myself that we were different from everyone else who could pay off their overwhelming debts because we had too much debt. I crunched the numbers and concluded that it would take a decade to snowball all of our loans. I felt that I could not live a threadbare existence for a decade. I wanted to know what plan we should have, because of our “special” circumstances. I didn’t realize that we are not special snowflakes with a unique problem just because we have one more zero at the end of our balance, so I gave up of paying down our loans early. In a recent post, Dave Ramsey asks, “Why Do You Stay In Debt?” The answer for us is number two: We were unwilling to make sacrifices.

The kicker here is that we were making sacrifices already. Since then, our student loan debts have sat on our shoulders like an albatross: Inhibiting our career aspirations because we had to find jobs that paid enough to meet minimum payments. Deterring us from having a second child because we can’t live on one income and can’t afford another daycare payment. Preventing us from owning a home in the foreseeable future. We were sacrificing some Really Important Things for the sake of being able to spent money on stuff. Blech. To top it all off, we were saving money and (I thought at the time) living frugally, but none of those savings ever made it to the student loan company. I had a hard time letting go of savings because I feared some sort of scenario that our emergency budget couldn’t control, like a layoff.

We have moved forward from that point, with some Ah-Mazing success. (That’s Amazing with a giant “Ah!” sigh of relief as the albatross around our neck lost some weight.) I’m happy to share those successes, but before I do, I needed to confess my Big Financial Mistake first. For those of you carrying the albatross now: Why do you stay in debt? For those whose albatross is dieting or lost at sea: Why did you stay in debt?